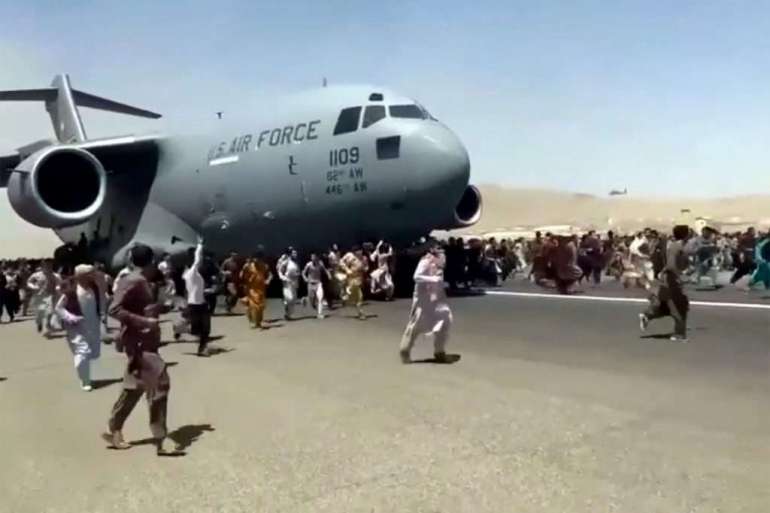 A Pentagon spokesperson did not immediately respond to a request for comment. The Washington Post first reported the news.

The Defense Department temporarily froze military and civilian flights in an attempt to clear the tarmac of the desperate civilians rushing the airfield, Pentagon spokesperson John Kirby told reporters Monday.

While Kirby could not confirm that an investigation was underway into civilian deaths related to C-17 flights leaving the airport, he told reporters Monday that he expected the department would look into the incident.

The Pentagon has so far deployed some 5,000 additional troops to Kabul to help secure the airport so thousands of American citizens, embassy staffers and vulnerable Afghans can safely leave the country. Officials expected that by Monday, the U.S. would have 3,000 troops on the ground at the airport; the rest would fly in over the coming days.

The U.S. resumed operations out of the airport late Monday, allowing C-17s carrying Marines and soldiers from the 82nd Airborne Division to land in the country, according to Maj. Gen. Hank Taylor, the Joint Staff’s deputy director for regional operations and force management.

Earlier in the day, U.S. forces responded to “hostile threats” after gunfire broke out in two separate incidents, resulting in the deaths of two gunmen, Kirby confirmed. One U.S. service member was injured during the incident, he said, but could not confirm the individual’s status late Monday.

Meanwhile, more than 600 Afghans crowded onto another C-17 — a number thought to be among the most ever flown in the military’s massive cargo jet, Defense One reported.