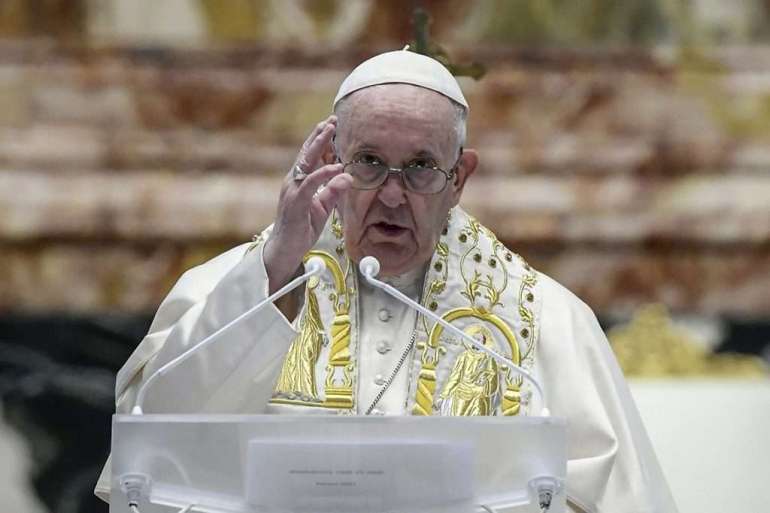 Pope Francis said that priests and bishops must respond pastorally and not politically to any problem that comes before them. | Filippo Monteforte, Pool/AP Photo

ABOARD THE PAPAL PLANE — Pope Francis said Wednesday that Catholic bishops must minister to politicians who back abortion with “compassion and tenderness,” not condemnation, and warned that they shouldn’t let politics enter into questions about receiving Communion.

Francis was asked en route home from Slovakia about the debate in the U.S. church about whether President Joe Biden and other politicians should be denied Communion because of their stance on abortion. U.S. bishops have agreed to draft a “teaching document” that many of them hope will rebuke Catholic politicians, including Biden, for receiving Communion despite their support for abortion rights.

Francis declined to give a “yes” or “no” answer, saying he didn’t know the U.S. case well enough. He repeated that abortion was “homicide,” and that Catholic priests cannot give the Eucharist to someone who is not in communion with the church. He cited the case of a Jew, or someone who isn’t baptized or who has fallen away from the church.