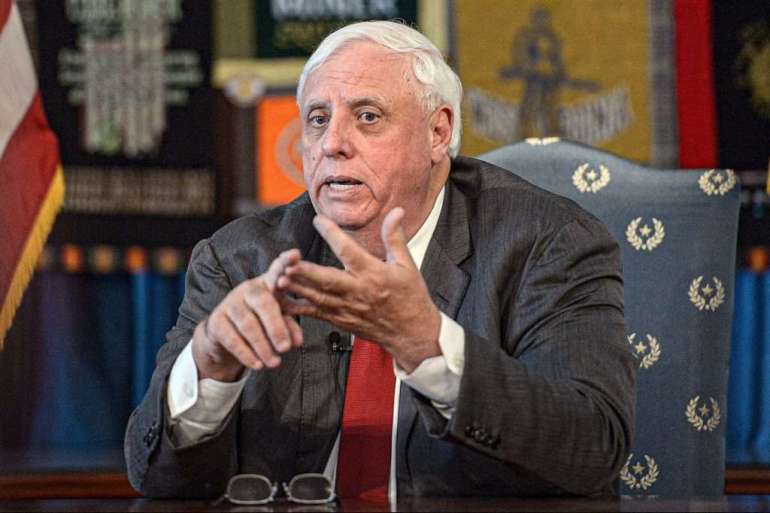 In an interview that reflected the sharp debate accompanying just about every aspect of policy surrounding the pandemic, their disagreements continued through discussions of federal policies, vaccine rates and possible mandates for children. Justice repeatedly used the phrase “for crying out loud” to express his exasperation with her.

“No chance,” Justice said in response to Brennan’s questions about why his administration would not consider following California’s lead in mandating vaccinations for children ages 12 to 17.

Saying Americans had “to stand up for who we are,” Justice added: “For crying out loud, we’re Americans.”

Brennan continued to push him on the subject, noting that other vaccines are mandated: “Why don’t you want to protect those children by mandating it?“

“To think that I don’t want to protect the children is ridiculous,” Justice countered, saying the decision should be in the hands of the parents: “For crying out loud, you know, that’s who should be making these decisions is the parents.”

In line with the rest of the country, West Virginia experienced a surge in cases in September associated with the Delta variant, but West Virginia’s numbers are worse than most. The Washington Post’s tracker lists the state as having the second-highest rate of new cases per capita in the country (after Alaska) and the second-highest rate of Covid deaths per capita (after Idaho). Justice said he saw reason to hope that the situation may be improving.

“We are right at the peak of our surge here, and we’re very hopeful that it’s starting to decline. It is declining in certain ways,“ Justice said.