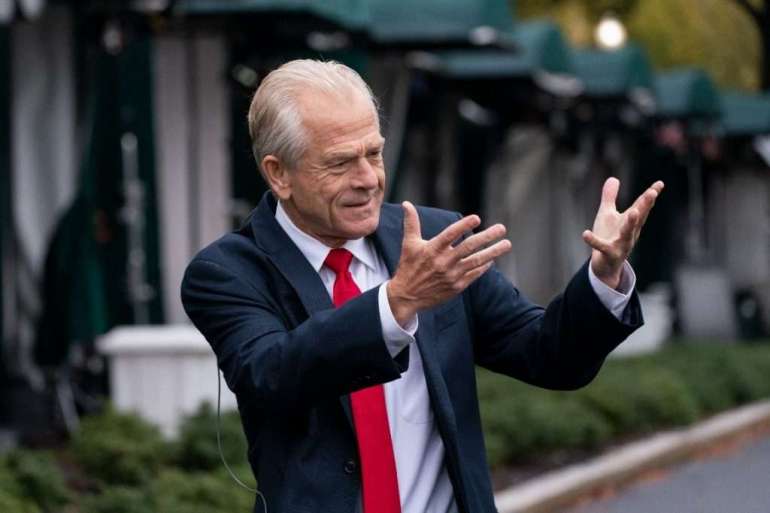 In a statement to POLITICO, Navarro called the congressional investigation and the subpoena a “witch hunt.” “I will be delivering a case of my new book ‘In Trump Time’ to members of the committee which explains why this is indeed a witch hunt,” he said.

Navarro joined the administration at the beginning of President Donald Trump’s term as director of the Office of Trade and Manufacturing Policy. When the pandemic hit, Navarro became an increasingly influential member of the White House team responding to the virus, advising the president on supply shortages and methods to keep the American economy running during lockdowns. His testimony and personal materials would help shed light on how the Trump administration reacted to early warnings about the virus, its potential economic consequences and how it went about securing goods such as masks, gowns and ventilators.

Through prior testimony and document requests, the committee found that Navarro kept a daily journal about his time in the White House and used an encrypted personal email account to communicate with White House personnel between February 2020 and January 2021.

In emails released by the committee in September, Hatfill is shown warning Navarro about how little scientists understood about Covid-19 and pushed for “frank honesty.” “In truth we do not have a clue how many are infected in the USA. We are expecting the first wave to spread in the U.S. within the next 7 days,” Hatfill said. Several days after Hatfill’s note, Navarro penned a note to Trump, who at the time was calling the virus a Democratic hoax, that stated the administration’s actions on the pandemic were “NOT fast enough.”

Despite those early warnings, Rep. Jim Clyburn (D-S.C.), chair the select panel, said Navarro “pursued a haphazard and ineffective approach to procurement,” according to a note he sent committee members on Thursday.

Navarro helped lead the process of acquiring medical supplies and drugs for the U.S. during 2020, pushing much of the responsibility to states to secure their own products on the open market. For the purpose of building up the federal government’s stockpiles, Navarro handed out contracts to companies with close ties to the administration without going through the normal open-bidding process and prioritized securing personal protective equipment that was manufactured in the U.S. despite a lack of manufacturing capacity in the country.

During his time working on the pandemic response, Navarro also pushed Covid-19 policies and science that were inaccurate and sparred with top health experts in the administration.

In August of 2020, Navarro began pushing hydroxychloroquine as a potential cure for Covid-19 despite a lack of scientific evidence. In the months prior, the Food and Drug Administration had issued a warning against using it outside of clinical trials and revoked the emergency use authorization. But Navarro, often citing unreliable medical studies, continued to claim that the drug worked and bashed doctors and scientists for not advocating for its use.

Perhaps most notably, Navarro developed an adversarial relationship with Anthony Fauci, one of the leaders of the Covid-19 task force. Fauci often publicly pushed back against Navarro’s ideas for how to manage the spread of the virus, especially on the use of hydroxychloroquine. Navarro openly criticized Fauci on national television, erroneously claiming that he was responsible for the emergence of Covid-19 because of financial ties between the National Institutes of Health and a lab in Wuhan, China.