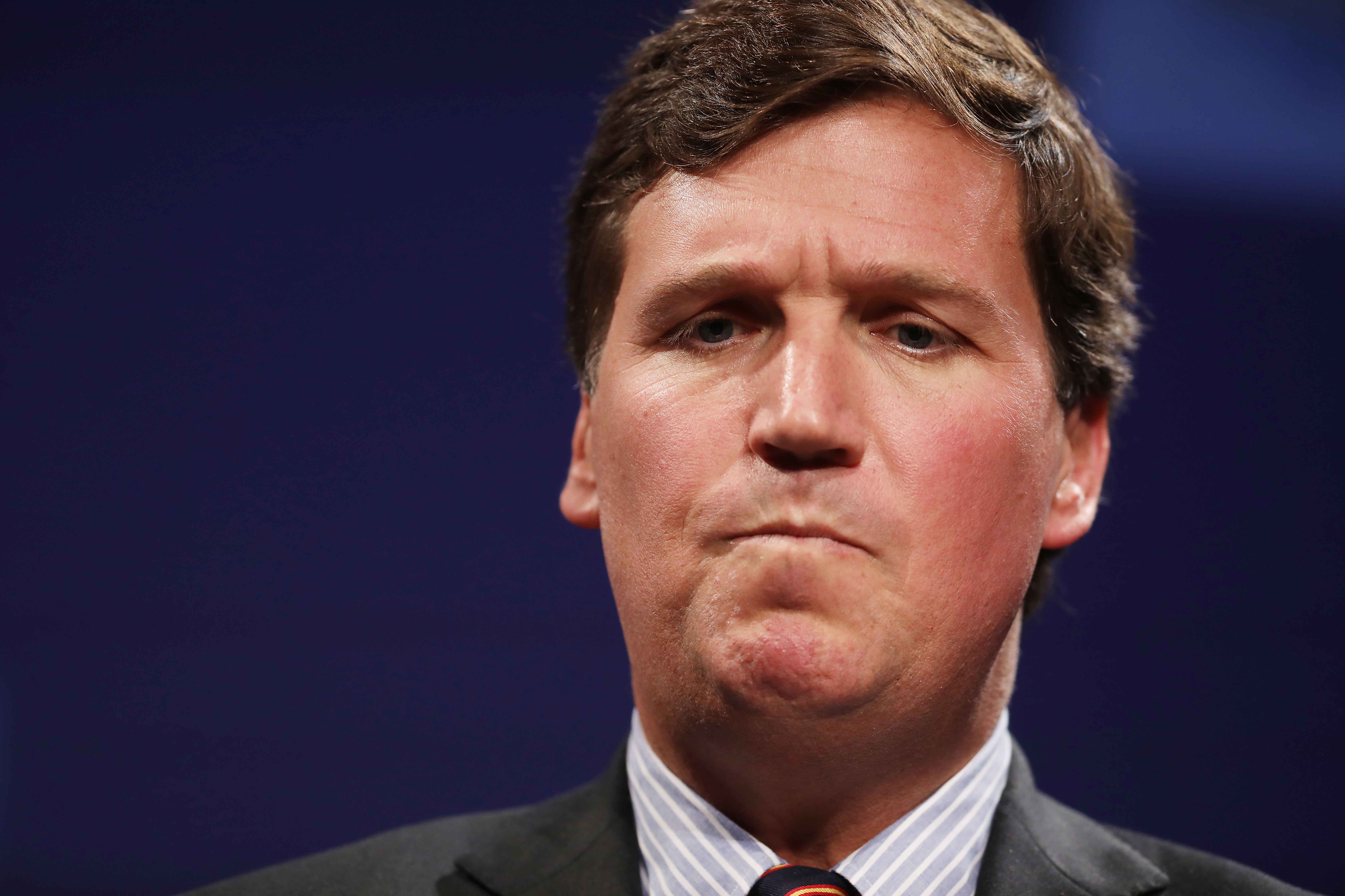 In recent days, Carlson has attacked Republicans who are pushing for a stronger response to Moscow’s aggression — slamming Sen. Joni Ernst (R-Iowa) as “ignorant” and Sen. Jim Risch (R-Idaho) as “a moron masquerading as a senator” and “pompous neocon buffoon” simply for advocating long-standing GOP orthodoxy when it comes to Russia.

Carlson has even defended Moscow’s buildup of troops along the border with Ukraine — and President Vladimir Putin’s rationale for it — in a stark departure from the tough-on-Russia posture that has defined the Republican Party since the start of the Cold War. Meanwhile, Ukraine remains under active threat from an invasion that some are warning could be just the first domino to fall in Eastern Europe.

“I don’t agree with those views,” Florida Sen. Marco Rubio, the top Republican on the Senate Intelligence Committee, said when asked about Carlson’s monologues. “[It’s] the U.S. interest not just in Europe but around the world in not having countries decide, ‘That belongs to us, we’re going to go ahead and take it.’”

Some GOP senators rolled their eyes when asked about Carlson’s attacks and indicated that the far-right Fox host isn’t impacting their calculus on an emerging legislative path, even as his views are picking up steam among the base.

“I get great intel briefings and we have trusted advisers that provide many points of view. And I would say I’m pretty well educated on this subject,” Ernst, a combat veteran, said when asked about Carlson’s attacks.

Risch, the top Republican on the Foreign Relations Committee, declined to comment on Tuesday when asked about Carlson’s insults.

Even as Republican lawmakers are thus far resisting the pressure from their right flank, one Democrat said they have an obligation to “acknowledge that there is a problem bubbling up.”

“At least some share of the Republican Party’s base is now at the very least confused about what’s happening between Russia and Ukraine, and at worst putting pressure on Republican elected officials to, in effect, take Russia’s side,” said Rep. Tom Malinowski (D-N.J.), a former top State Department official who just returned from a bipartisan delegation in Kyiv.

Malinowski revealed last week that his office was receiving calls from people who “say they watch Tucker Carlson and are upset that we’re not siding with Russia in its threats to invade Ukraine, and who want me to support Russia’s ‘reasonable’ positions.”

The rift comes as top Republicans are rallying behind President Joe Biden’s decision to send U.S. troops to eastern Europe to bolster the defenses of NATO partners that could later see their borders breached, too.

“He’s obviously not in a position of being responsible for those decisions. And we are,” Cornyn said in a brief interview. “Putin is not the only one watching us in Ukraine. [Chinese] President Xi [Jinping] is watching us. And our allies around the world — obviously after Afghanistan — are doubting our credibility, our reliability.”

Carlson has spared no one from the gauntlet of his top-rated Fox News show, which boasts millions of viewers on an average night.

He targeted Risch after the Idahoan appeared on CNN over the weekend alongside the panel’s chair, Sen. Bob Menendez (D-N.J.), to tout their work on a bipartisan bill aimed at deterring a Russian invasion of Ukraine, including a sanctions regime that could have ripple effects on the global economy.

“The people who are saying that we shouldn’t be engaged in this at all are going to be singing a very different tune when they go to fill up their car with gas, if indeed there is an invasion by Russia,” Risch said, referring to the crippling sanctions the U.S. would impose targeting the country’s lucrative oil and gas sectors. “This is going to have a devastating effect on the economy around the world when it comes to the price of gasoline.”

Risch also noted that “we side, always, with countries that are democracies,” in particular nations like Ukraine that want to align more closely with the west.

In recent weeks, influential conservatives and far-right provocateurs like Carlson have been openly questioning the value of siding with Ukraine. In a nod to Trump’s “America first” mantra, many have argued that the U.S. should be more concerned with protecting its own borders than defending Ukraine’s.

“Why is it disloyal to side with Russia, but loyal to side with Ukraine?” Carlson asked during a Jan. 24 episode, calling Ukraine “strategically irrelevant” to the U.S. He later said that Putin “just wants to keep his western borders secure,” adding that “it makes sense” that Putin doesn’t want Ukraine to join the NATO alliance.

Texas Rep. Michael McCaul, the top Republican on the House Foreign Affairs Committee, said in an interview that Ukraine “should have a right to self determination if they want to join NATO.”

Historically, there has been widespread bipartisan support for standing up for democracies that are under threat from authoritarians.

In Ukraine’s case, the country is viewed as the front line in Putin’s bid to reclaim power over former Soviet states and weaken Western alliances like NATO. Many officials warn that if Putin takes Ukraine, he won’t stop there; he’ll continue to push into eastern Europe and threaten NATO allies, whom the U.S. and other alliance members are treaty-bound to defend from a foreign attack.

GOP lawmakers argue that supporting Ukraine now and working to deter a Russian invasion reduces the likelihood that U.S. troops would need to engage in combat with Russian forces down the line. GOP lawmakers have emphasized that they agree with Carlson that U.S. troops should not be sent to Ukraine.

But Carlson has shocked his fellow conservatives with statements that some have likened to Putin-esque propaganda. Those sentiments have apparently started trickling through GOP primaries, with some candidates embracing Carlson’s views.

Rep. Michael Waltz (R-Fla.), a former Green Beret, attributed much of the public wrangling to confusion surrounding the U.S. position on sending troops to Ukraine to engage in combat with Russian forces — a possibility that the Biden administration has ruled out.

But he said there would be consequences for the U.S. and the West if Ukraine is left to fend for itself.

“I think if we don’t support them, that sends a very clear message on top of Afghanistan — and the debacle that was that withdrawal — that the United States is no longer supporting its allies around the world,” Waltz said.