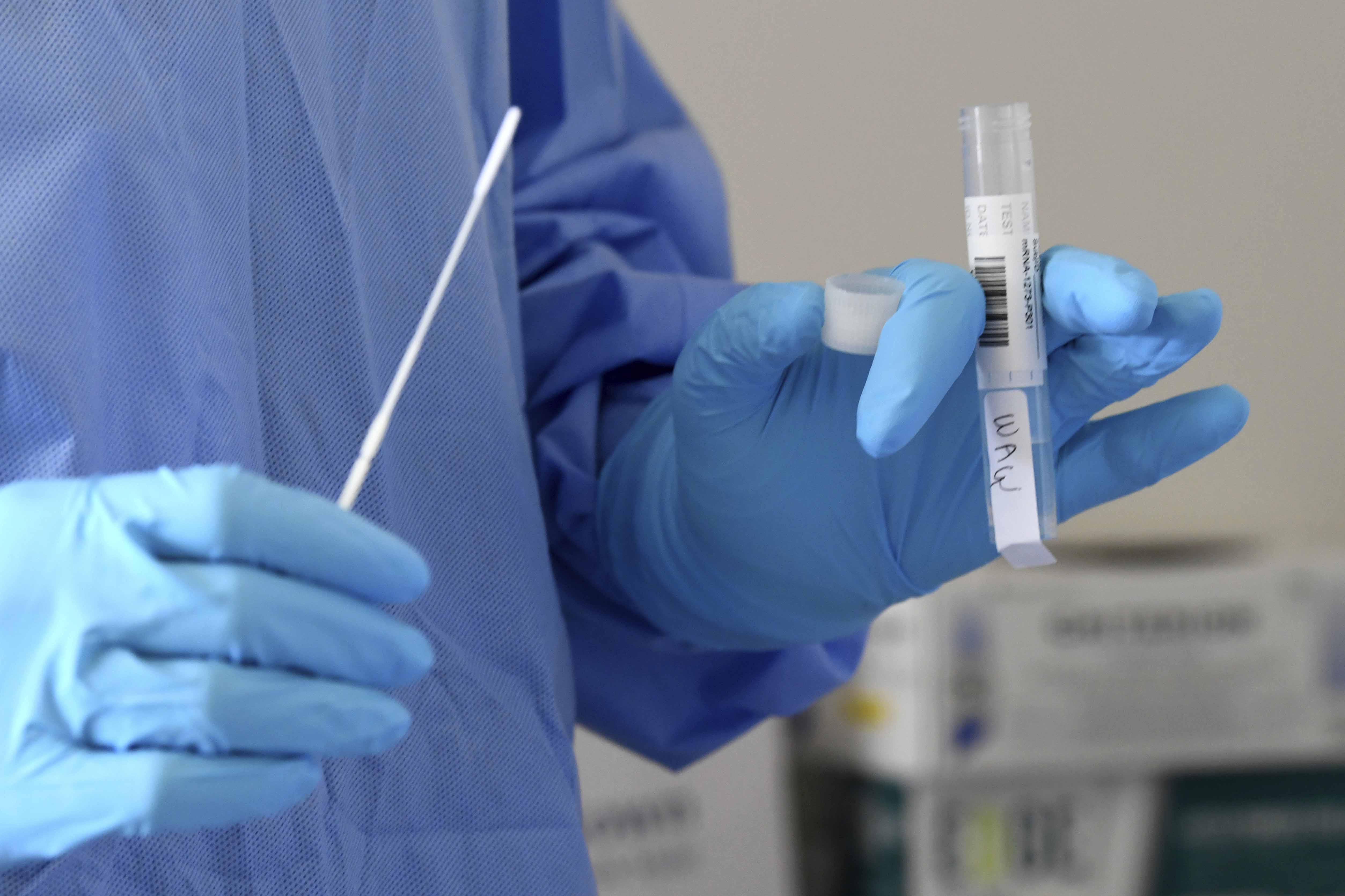 Governors in Connecticut and Delaware, as well as Oregon’s health department, also announced Monday that students could soon remove their masks. Governors in Massachusetts, Rhode Island and New York have also signaled forthcoming changes to their mask rules, while California Gov. Gavin Newsom, a Democrat, announced he is ending the indoor mask mandate next week but keeping masks in classrooms, for now.

These actions, from governors who have been among the most aggressive in pursuing pandemic restrictions, come as President Joe Biden and his top health officials have begun intimating a “new normal” is on the horizon as they prepare for a world where the virus is a present but not a dominant part of people’s lives.

The shift in pandemic policy comes as case counts and hospitalizations have rapidly declined from their peak last month, offering fresh hope that the latest surge is the last. And while Covid-19 is still very much a pandemic — with the country averaging roughly 250,000 new infections and 2,500 deaths each day over the last week — state health officials are increasingly peppering their statements with the e-word.

“We have to look at shifting to treating it more like an endemic illness,” Marshall Vogt, senior epidemiologist in the Virginia Department of Health’s Division of Immunization, told POLITICO. “I don’t think we know that yet for sure, but I think we’re on the cusp of being able to figure that out.”

Vermont Health Commissioner Mark Levine said last week that Omicron has “hastened our pathway to the endemic state.” Colorado has put out a request for proposal seeking the private sector’s help in developing an endemic response plan. And Newsom is expected to unveil an “endemic strategy” for the state after Los Angeles hosts the Super Bowl this weekend, though business groups and others familiar with the discussions don’t yet know exactly what that means.

In Republican-controlled states, where governors have largely resisted mask mandates and economic restrictions, the declining case counts are providing a reason to end the remaining traces of their state’s pandemic response.

Iowa Gov. Kim Reynolds announced her final emergency declaration extension and plans to decommission the state’s Covid data sites, and Arkansas Gov. Asa Hutchinson recently urged the federal government to provide clear guidelines to states on how to transition from a pandemic to an endemic response.

Some health officials view the changes as a prelude to what a post-pandemic management of Covid might look like, with the onus for preventing the virus’ day-to-day spread on individuals, while health departments play a supporting role in vaccinating, educating the public and stopping outbreaks in high-risk settings.

Public health experts are urging caution, though, noting warm weather and declining case counts have lulled Americans into a false sense of security before. Last summer, Biden declared the nation’s “independence” from Covid — only to have the virus come roaring back thanks to the Delta and Omicron variants.

“I think we are certainly at a point where we’re living with Covid,” said Meredith Allen, vice president for health security at the Association of State and Territorial Health Officials. “But I think it really is hard to predict out what may or may not come in the future.”

During previous surges, overwhelmed health departments struggled to trace contacts because of testing slowdowns and significant case volumes but they still believed in the utility of the practice. Now, many public health experts say not only is contact tracing not feasible, but it’s also no longer useful in most cases for Covid.

Because Omicron has a shorter incubation period than previous variants, by the time someone finds out they have tested positive, those they have infected are likely a couple days into their illness and already passed the virus onto other people, creating a situation where the virus is one step ahead of public health officials.

“The bottom line here is that contact tracing is a race. It’s a race between public health and the virus. Who’s going to reach people first, us or the virus?” Maine Centers for Disease Control and Prevention Director Nirav Shah told reporters last week. “Until Omicron, that race was fairly neck and neck, but Omicron is a different competitor. The virus that we all first knew about in 2020 has changed. It now has a jetpack on its back.”

The increase in at-home testing also means many cases are going unreported to health departments, leaving it up to those individuals to notify their contacts when they test positive.

Public health officials say government-run contact tracing will continue to play a role in mitigating the spread of Covid-19, just in a more targeted capacity. Most health departments that have abandoned widespread contact tracing for the public still plan to conduct disease investigation and tracing in high-risk settings, including hospitals, nursing homes and jails, where case clusters are likely and where the practice can more effectively stop transmission.

“We need to use the best tools we have in response to where the pandemic is at the moment,” North Carolina Department of Health and Human Services spokesperson Summer Tonizzo said.

For the public, many health departments are promoting booster shots, informing people of the importance of wearing higher quality masks and directing Covid-positive patients to local case support hotlines. National health organizations, including the Association of State and Territorial Health Officials and the National Association of County and City Health Officials, are backing the trend toward putting more responsibility on individuals.

“It is time to empower the public to act when they suspect COVID-19 infection,” they wrote in a recent letter supporting the shift away from contact tracing among many state and local health departments, and urging others to follow suit.

For health departments, it’s a balance between making sure they are still responding to the crisis at hand while also preparing for a future where the response to Covid becomes quotidian and they have more energy to devote to other public health threats, including the pandemic-era rise in sexually transmitted infections, overdose deaths and mental health issues.

It’s a conversation that’s been happening for at least a year now, Adriane Casalotti, chief of public and government affairs at the National Association of County and City Health Officials, said.

“We’re thinking about what the next stages could be and we’re really hopeful that there’s an end to this in sight, or at least an endemic piece to this in sight,” Casalotti said. “But we need to make sure that we’re not looking so far in the future that we can’t be doing the work that’s necessary between here and there.”

Susannah Luthi and Victoria Colliver contributed to this report.