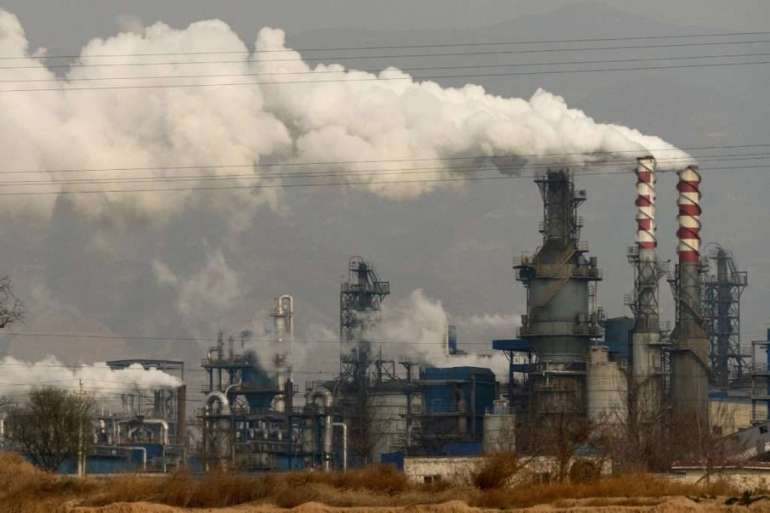 Climate commitments under the 2016 Paris Agreement are voluntary — largely at the insistence of the Obama administration. That means each country determines for itself how fast it intends to decarbonize its economy.

Despite running a relentless pressure campaign urging China, the world’s biggest polluter, to do more on climate change, U.S. and European governments accept that the transition will take longer in China than it will in the West. China’s president, Xi Jinping, has said that his country will achieve “carbon neutrality” by 2060, but is yet to specify how that goal will be reached.

Those vague promises aren’t enough for publics from Tokyo to London, and Sao Paulo to Cape Town.

The POLITICO Morning Consult Global Sustainability Poll surveyed 1,000 adults in 13 countries Dec. 16-22. The survey has a 3 percent margin of error.

Canadians over 65 are among the most skeptical people in the world when it comes to China’s climate change efforts: 91 percent of older Canadians think China should follow the same targets and timelines as wealthier countries when it comes to climate change; only three percent believe China is owed more flexibility to lag behind.

Among demographics surveyed, Australian high-income earners are a close second and even more certain: 87 percent want China on the same policy track as the West; just two percent say China should be given a pass.

One-third of Indians aged 45 to 64 think China should have more flexibility than richer nations, but that’s as robust as support gets for China.

Among Western countries, Canada’s Bloc Quebecois voters are the most amenable to China’s view that it is still a developing country. But even then only 26 percent think China should have more flexibility than richer nations in addressing climate issues.

While the global frustration at China is clear, there is no easy fix.

China’s carbon emissions are now so high, that even “if China continues its current path, we will have trouble,” said Li Shuo, the Beijing-based senior global policy adviser at Greenpeace East Asia.

“But if China applies the standards of most of the western countries, we will have trouble too,” Li said. “Imagine President Xi announcing a shiny climate target but has absolutely no domestic policies to reach it — as Biden did.”

There is no legal framework to hold China to the Western timelines and standards demanded by citizens in the poll, said Byford Tsang of climate consutlancy E3G.

“The Paris Agreement, is built upon the ‘common but differentiated responsibility’ principle — different nations should bear varying degree of responsibility to the climate problem, considering their historic emissions and income levels,” Tsang said.

Beijing thinks that countries that have historically pumped out the most carbon to the atmosphere, such as the U.S. and EU countries, should bear the brunt of the cost in fixing the problem. It’s a position that finds support in Brazil, India, South Africa and around 130 other countries.

While China’s per capita emissions remain at only around half that of American emissions (and, in cumulative terms, China’s 235 million tons of carbon emissions lag the 416 million tons emitted by the U.S. through history), the country’s “breakneck speed of development in the last decade has made its position more untenable, and increasingly so as it grows richer,” Tsang said.

Perceptions of China’s wealth may be changing quicker than the wealth itself. Majorities in every country surveyed — other than China — believe China is now a rich nation.

China’s GDP per person, at around $10,000, remains relatively modest compared to around $56,000 in the U.S. But in aggregate terms, China may now have more resources than any country to affect change: it is the world’s second-largest economy, with awesome planning capacity by dint of its authoritarian government, and home to more billionaires than any other country.

Making “infrastructure in your country more environmentally-friendly” was easily the most popular choice in all 13 countries surveyed, including among 41 percent of Chinese respondents and 32 percent of Americans. That compares to just 4 percent in China and 5 percent in the U.S. prioritizing an immediate ban on gasoline-powered vehicles.

Chinese citizens aged 65 and over are among the most concerned in the world about climate change. But they’re not willing to pay to alter the trajectory, reflecting a Chinese tradition of young generations supporting their elderly family members.

Forty-three percent of those over 65 said they are “very concerned” about climate change — triple the rate of concern among 18- to 65-year-old Chinese. But while every older Chinese respondent who gave an opinion — 79 percent of those surveyed — agreed that their generation bore either “a lot” or “some” responsibility for climate change, all 79 percent insisted “the next generation” should pay “a lot” of “some” of the costs of green transition. Zero respondents aged over 65 were willing to agree that “the next generation” should pay “not too much” or “none at all.”

Women in China are more than twice as likely as men (21 percent compared to nine percent) to say they are “very concerned” about climate change, while middle and low-income earners are slightly more likely to be concerned than high-income earners in China.

China broadly shares the views of citizens in other countries when it comes to what climate actions should be prioritized. Chinese respondents prefer environmentally-friendly infrastructure investments ahead of banning gasoline-powered cars and coal in the next 20 years, for example. Mandating vehicle electrification by 2040 wins the support of only about one in three Chinese.

Notably, China was the only country surveyed where a majority did not perceive a rise in natural disasters and extreme weather events.

Phelim Kine and Karl Mathiesen contributed to this report.

Polling the public: Views on sustainability around the globe

The POLITICO Morning Consult Global Sustainability Poll surveyed 1,000 adults in 13 countries Dec. 16-22. The survey has a 3 percent margin of error.

Morning Consult is a global data intelligence company, delivering insights on what people think in real time by surveying tens of thousands across the globe every single day.

More details on the poll and its methodology can be found in this spreadsheet.