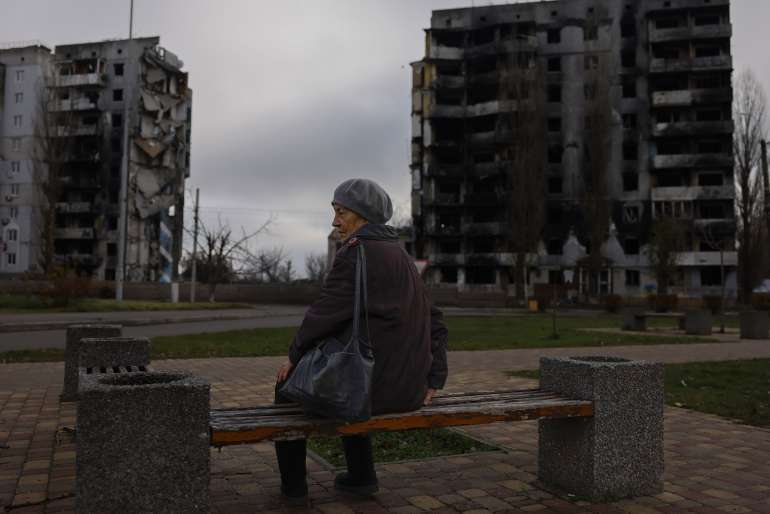 The new warnings, relayed to lawmakers this week through classified intelligence reports, came as Russia launched missiles on the Ukrainian capital Tuesday, hitting apartment buildings and knocking out electricity — just days after Russia retreated from the strategic city of Kherson. Parts of Kyiv still didn’t have power Wednesday.

The warnings from Kyiv over the last week underscore the level of anxiety among top Ukrainian officials about the coming winter months and the potential ramifications of sustained damage to its infrastructure. An unreliable energy sector could have deadly consequences, Ukrainian officials say. In recent conversations, they’ve added that it could halt food production and transport operations — critical services needed to support military operations.

“This is one of the most critical issues we’re discussing with the Americans and Europeans right now,” the adviser to the Ukrainian government said, adding that some Ukrainians have already fled the country in fear that the energy crisis will only grow worse. “The winter will be really tough.”

A spokesperson for the National Security Council did not immediately respond to a request for comment.

Over the last several months, Russian attacks have hit a slew of Ukrainian energy installations,

leaving citizens with little access to water and electricity. A widescale attack by Russia in October left millions of households without power. Ukrainian officials have said that about 30 percent of the country’s power stations have been destroyed as a result of the attacks.

Millions of Ukrainians have for weeks operated with little or no electricity. Earlier this month, Ukrainian officials said they would implement rolling blackouts in some parts of the country in order to stabilize the grid before winter.

The concerns over energy come as the Ukrainians continue to advance on the battlefield and as Russia begins to launch counterattacks in Kyiv. U.S. officials have calculated that the situation on the ground in Ukraine could grow more dangerous as Russia continues to lose ground.

The U.S. has for years engaged with Ukraine through the Department of Energy to provide technical expertise on the production, storage and transportation of energy in the country, particularly during the winter months.

Top congressional Republicans, likely to be in control of the House come next year, have suggested that the U.S. should re-evaluate its aid to the besieged ally. Some GOP lawmakers have indicated that a so-called “compromise” could include a continuation of the military assistance but a scaling-back of economic aid.

Democrats have raised concerns about the possible cuts to economic assistance, arguing it could strain Ukraine’s ability to rebuild its infrastructure and get the power grids back online. Lawmakers briefed on the situation said Putin is shifting his goals toward a political and economic destruction of Ukraine given his army’s widespread failures on the battlefield.

“If we don’t support Ukraine both militarily and economically, we are playing into Putin’s hands,” said Sen. Chris Murphy (D-Conn.). “It seems as if Republicans are searching for some way to appease the Trump wing of the party on Ukraine by creating a false distinction between military and economic aid. That distinction only exists in politics. It doesn’t exist on the ground in Ukraine.”