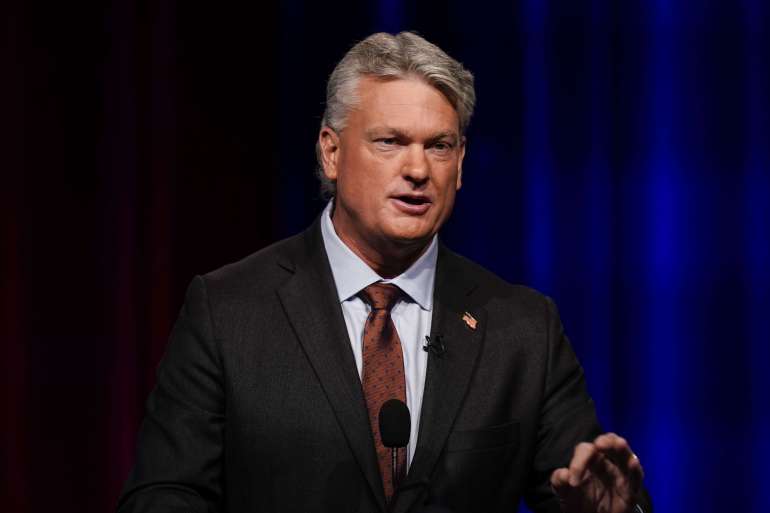 Collins (R-Ga.) has not formally announced that Phillips, 36, will be his chief of staff, but three Georgia Republican congressional staffers told POLITICO he has been selected for the job.

He participated in a meeting on Nov. 30 that was held exclusively for Georgia Republican congressional chiefs of staff in an office next to the office of Rep. Rick Allen (R-Ga.), according to two of those staffers. And Phillips has interviewed at least one congressional aide for a potential post in Collins’ office, they said.

Phillips also was with Collins for new member orientation last month, one of the people said.

Collins has also designated Phillips as his transition aide, a different Republican congressional staffer familiar with the matter said.

Phillips, a former executive director of the Fulton County Republican Party, has long ties to Collins, the owner of a successful trucking business. In 2014, Phillips worked for Collins in his unsuccessful run against Rep. Jody Hice (R-Ga.). In the 2008 Republican presidential primary, Phillips served as Mitt Romney’s Georgia state director.

Phillips and Collins did not respond to requests for comment.

Phillips resigned from the Trump campaign in September 2016 after local TV station WSB-TV revealed his previous criminal history. A separate story by WXIA in Atlanta reported that in 2008, he “attacked” a man and slashed his tires, and threw a woman’s laptop. During the incident, Phillips caused “visible bodily harm” and “cuts and bruises to the head and torso” of the male victim, according to the Macon Telegraph, citing a Superior Court indictment.

Phillips was arrested on charges of battery and felony criminal damage. But before the case went to trial, he pleaded guilty to lesser charges of criminal trespassing and battery.

Phillips was sentenced to three years of probation, 50 hours of community service and a $1,567 fine, although a year later his probation ended after he was granted early release.

Later that year, a woman said Phillips pointed a gun at her after he opened the door to his apartment in Atlanta, according to court documents cited by WSB-TV. He told police that he had done so after he heard banging on his door. He was arrested a few weeks later on a charge of simple assault and battery.

The charges were dropped after Phillips completed pre-trial counseling, according to the Atlanta TV station.