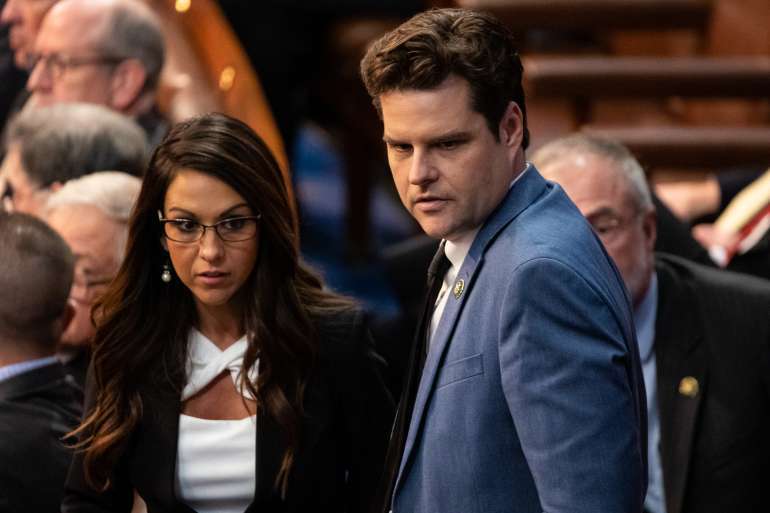 The inability of McCarthy to secure the needed votes to be House Speaker — despite six tries at doing so — represents a unique failure on his part. But it has also called into question the extent of Trump’s own power to shape the party in his image, coming at a time when some Republicans have openly soured on his current run for the presidency.

“If these 20 people are successful in exerting their will over the 200 more Republicans who want McCarthy, and deny McCarthy the speakership, then it will be a huge, huge hit against President Trump, because the people who he’s supposed to have the most influence with didn’t listen to him,” said Rodney Davis, the outgoing Republican congressman from Illinois.

The Trump-McCarthy relationship has taken several turns over the years, most often defined by loyalty from the latter toward the former. It was McCarthy who went down to Mar-a-Lago after Jan. 6 to meet with a seemingly exiled Trump and, implicitly, keep him in the fold.

Trump, in turn, has offered his support to McCarthy’s speaker ambitions even as contemporaneous materials surfaced showing the congressman’s frustrations with his presidency. After Republicans took back the House, Trump was in contact with members of the anti-McCarthy wing, publicly expressed his support for McCarthy, and even warned those waging battles against McCarthy that they were setting up a “doomsday scenario” in the House.

He worked the phones behind the scenes in support of McCarthy.

But Trump’s endorsement of McCarthy has not been enough to sway the so-called Never-Kevins, who each have their own personal issues with the California congressman and have pushed for additional demands over the course of the past few weeks, including amending the procedure for ousting a House Speaker and committee assignments. The hardliners pushing against McCarthy have included Freedom Caucus members from the most MAGA wing of the GOP, with Rep. Matt Gaetz, (R-Fla.) — no stranger to Trump’s Mar-a-Lago club — helping lead the pack. They’re insistent, though, that the vote against McCarthy isn’t a vote against Trump.

Trump’s defenders stress that his endorsement alone would never have been enough to push McCarthy over the needed vote threshold. One person close to Trump said he was “playing it safe,” trying deliberately not to attack anyone while recognizing that the 20 GOP lawmakers opposed to McCarthy have differing reasons for doing so.

“I know a lot of people are focusing on Trump’s ‘waning influence’ regarding this speaker vote,” said the person. “I think it would be a different story if Trump was attacking someone and they still wouldn’t budge. That would signal waning influence. … If anyone wants to suggest waning power or influence then I think they’re off base because Trump hasn’t gone full Trump mode.”

Other GOP luminaries argued that the problem facing the party over the past few days was not Trump’s influence but rather the strategic thinking of a small minority of House members. Asked about Boebert’s comments, former House Speaker Newt Gingrich bluntly criticized the Colorado Republican.

“Did you see the margin by which she was elected?” he said. “I don’t put much stock in what she says and I don’t think Trump does either. Trump admires McCarthy and if the attack is from the so-called right, then it’s pretty hard to explain why they’re against someone Trump is supporting.”

“I don’t think they care,” Gingrich added. “I think this is all about personal attitudes and bitterness and to me it’s kind of amazing to watch.”

Despite such protestations, Trump’s enthusiasm for McCarthy has come into question over the past 48 hours, and with it speculation about his eagerness to shape the contours of Republican politics.

Trump has not appeared in public to make the case for McCarthy; nor did he post to his site Truth Social about the failed speaker votes early evening on Tuesday when he grumbled about Republican dysfunction and attacked Senate GOP leader Mitch McConnell.

That same night, Trump and McCarthy talked on the phone but it wasn’t until the next morning that the former president issued another Truth Social post that was then circulated around to House Republicans calling for McCarthy’s speakership.

Rep. Marjorie Taylor Greene, (R-Ga.), a McCarthy ally, told reporters Trump’s endorsement helped to stave off even more defectors. But other Republicans said the endorsement — in which Trump said McCarthy would be a “good” speaker and “maybe great” — demonstrated that the former president maybe wasn’t fully committed to the cause.

“It was a very strong message by Trump that he had to think overnight after McCarthy’s three failed speaker votes to offer a tepid endorsement. McCarthy begged like a dog and got table scraps at Mar-a-lago,” said Mike Davis, a former GOP Senate aide and Trump ally.

But Davis, like other allies of the ex-president, said the House floor disagreements were a reflection of distrust among some in the party of McCarthy and not a sign of Trump weakness.

“Trump’s already made it clear he’s not enthusiastically supporting McCarthy, that he didn’t give his endorsement before the three failed votes,” said Davis. “Trump has stayed out of this. What has Kevin McCarthy done for Trump? McCarthy let Pelosi fill the January 6 commission with her people and they used that as a sledgehammer against Trump.”