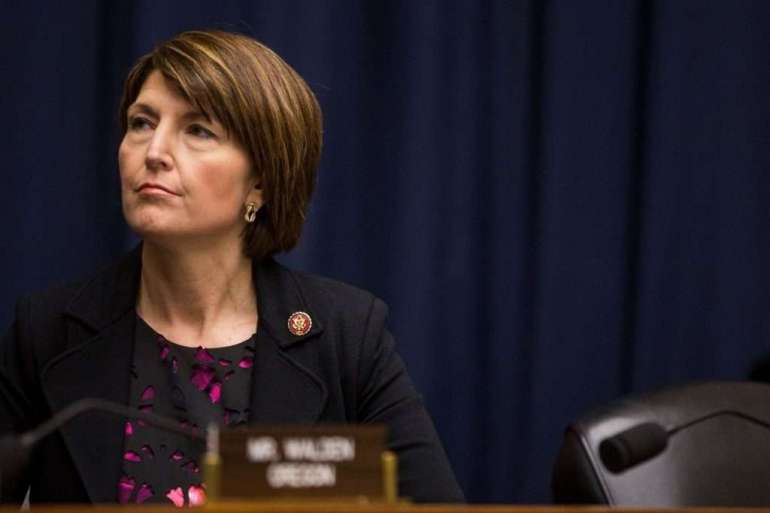 Both lawmakers are expected to continue the embrace of technological innovation and nature-based solutions to combat climate change, a far more narrow approach than Democrats are expected to take but one that McCarthy has favored in this Congress. They’re also likely to face more policy questions and hearing on climate change than in previous years given President-elect Joe Biden’s plans for aggressive executive actions to address the problem.

“Republicans are going to have more to react to and are actually poised to show more leadership in the climate space,” said Heather Reams, executive director of Citizens for Responsible Energy Solutions. “With ranking members aligned with Kevin McCarthy, I think this is really going to be where House Republicans sit.”

McMorris Rodgers, an eastern Washington lawmaker, has championed hydropower, which accounts for more than two-thirds of all electricity generation in the state, and called for free-market innovation to address climate change, echoing a rhetorical shift of other senior GOP leaders on the committee.

“Building a clean energy future doesn’t happen without prioritizing the continued development of hydroelectric energy resources,” McMorris Rodgers said at the introduction of a hydropower bil this summer.

In a December 2019 op-ed for Fox News, McMorris Rodgers wrote addressing climate change “won’t come from one single piece of legislation, but from many free-market solutions” and the issue should “no longer be partisan — or generational.”

She’s unlikely to win much praise from environmental advocates, boasting just a 4 percent lifetime score from the League of Conservation Voters. Green groups slammed McMorris Rodgers when she was a finalist to lead the Interior Department in 2016, and she routinely opposed Obama-era EPA regulations.

With the House closely-divided, McMorris Rodgers’ is seen as a check against the ambitious aspects of Biden’s environment, technology and health care agenda.

“The Biden administration’s Capitol Hill agenda on health care, energy, climate change, and tech will all come through this committee,” said Zack Roday, a former E&C Republican aide now with Ascent Media. “Rep. Rodgers and E&C Republicans at the center of these major policy debates will be a bulwark against progressive overreach.”

At the Natural Resources committee, Westerman’s new role caps his swift rise to leadership since first arriving to Congress in 2015. A Yale-educated forester, he worked closely with Republican leaders as they unveiled a moderate package of Republican bills to combat climate change last year. Westerman crafted a bill backing the push to plant 1 trillion trees by 2050.

“I believe we can lead the way on showing the world how market-based conservation allows our economy and environment to thrive simultaneously,” he said in a statement.

There were grumbles among some on Capitol Hill that picking Westerman breaks with the tradition of Republican leaders of the panel hailing from Western state. The last five Republican chairs of the committee — Bishop, Doc Hastings (Wash.), Richard Pombo (Calif.), James Hansen (Utah) and Rep. Don Young (Alaska) — all fit that profile.