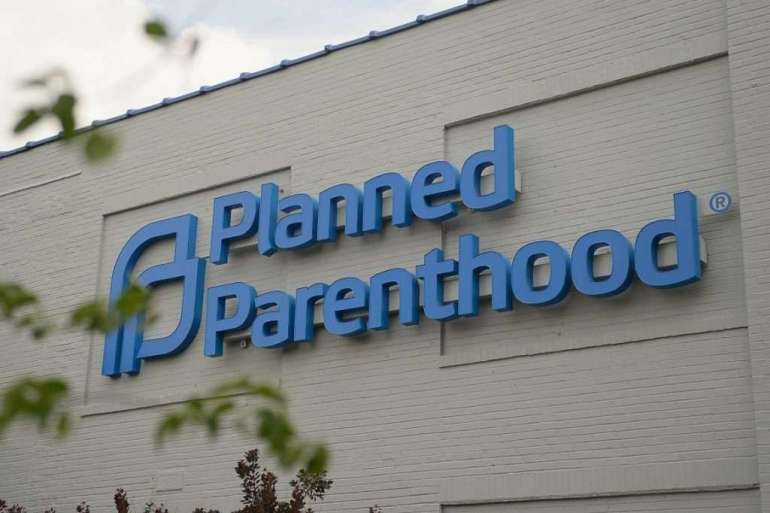 Biden’s chief medical adviser, Anthony Fauci, previewed the policy change last week during an address to the World Health Organization, saying it was part of the new administration’s “broader commitment to protect women’s health and advance gender equality at home and around the world.”

Domestically, Biden will additionally sign a memorandum directing the Department of Health and Human Services to review and consider scrapping the Trump administration’s rule that overhauled the Title X federal family planning program, stripping tens of millions of dollars in grants from Planned Parenthood and other abortion providers. Hundreds of providers have left the Title X program over the past couple of years, leaving big gaps in care.

But a senior administration official said Thursday there is no specific timeline for a decision on Title X. The White House cited legal constraints for not rescinding the Trump rule immediately.

“This policy was implemented through rulemaking and to reverse it, there will need to be another rulemaking,” the official said. “Decisions about what to do here will reside with the HHS secretary so I’m not in a position to pre-judge the outcome.”

The situation is further complicated because the Supreme Court is also currently weighing the legality of Trump’s overhaul of the program.

“They will not risk taking policy actions that can be undermined in court,” the source said. “They will design a strategy and policy that puts them in the strongest possible position to not just propose new rules but defend and sustain them.”

Once Biden signs the memorandum, HHS could announce an interim final rule reflecting the policy change in 30 days. But it would take months longer for the hundreds of providers that left the program over the Trump administration’s ban on abortion referrals to reapply and rejoin their states’ networks.

“It won’t just be like flipping a switch to get all the providers of the Title X program back in,” Planned Parenthood President Alexis McGill Johnson told reporters on Tuesday.

Recipients of U.S. foreign assistance similarly say the reversal of the Mexico City policy won’t immediately undo the effects of the Trump rule, which expanded the policy to shut out groups involved in activities beyond family planning, including those working on eradicating global HIV and malaria.

Melvine Ouyo, the founder and executive director at Hope for Kenya Slum Adolescents Initiative, which works with teenage girls, told POLITICO that some clinics in hard-to-reach areas closed as a result of the rule, at times leaving people there without any health care.

“Being bold and really pushing forward an agenda and not just focusing on incremental changes is what is needed over the next two years,” said McGill Johnson.

Progressives in Congress, such as Rep. Judy Chu (D-Calif.), are calling on Biden to next undo Trump rules requiring insurance companies to bill separately for abortion coverage and take steps to shore up the contraception mandate stemming from the Affordable Care Act so that fewer employers can refuse to cover their workers’ birth control. She and others have also demanded that the first budget Biden sends to Congress repeals the longstanding ban on federal funding for abortions.

“I am confident that Biden will be our pro-choice president and he will move swiftly to undo much of the harm of the Trump administration,” Chu said.

Biden was for decades was one of the Democratic party’s staunchest anti-abortion voices, but as a candidate pledged to advance abortion rights. Advocates who met with his transition team, including Silvia Henriquez, the co-president of the group All* Above All, believe more administrative actions are on the way.

“Our issues in the past have often been put on the back burner, but we are hopeful this administration will deliver,” she said.

Carmen Paun contributed to this report.