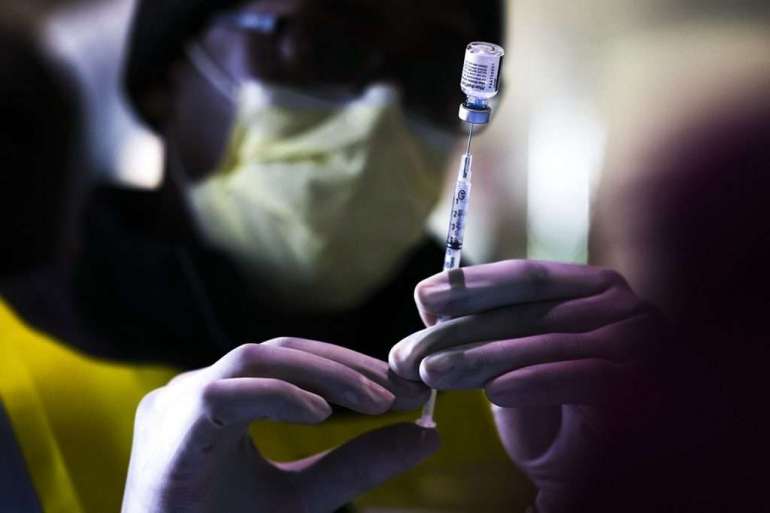 FDA’s new strategy for adapting drugs, tests and vaccines for the variants is a cornerstone of the administration’s battle plan, drawn in part from years of experience fighting the fast-mutating flu virus. The work has consumed FDA staff, according to an industry executive. Meanwhile, officials at the National Institutes of Health — the sprawling scientific campus where Anthony Fauci leads infectious-disease research — are working with at least two vaccine manufacturers, including Moderna, to start human trials next month of variant-targeting vaccines.

FDA acting chief of staff Julie Tierney said Thursday that the agency anticipated the need to evaluate the efficacy of vaccines against emerging variants. “This is an issue that we are definitely thinking about and working with individual sponsors,” Tierney told the Food and Drug Law Institute. “And we’re looking for a more public process to get our thinking out there in the very near future.”

At a press briefing Thursday, the agency’s acting commissioner, Janet Woodcock, emphasized the value in giving drug, vaccine and test makers uniform written advice. “It’ll also provide the scientific community and public [a chance to] comment on what we’re thinking, and perhaps we can refine our thinking,” she said.

Public health experts say there are key lessons for FDA in the global, long-held approach to influenza. Shots made yearly to battle the flu rely on a foundational vaccine that is then altered to fight the particular variants that pop up each season. Drawing from flu vaccine practices would mean that manufacturers could skip monthslong trials that enroll thousands of people and instead prove safety and effectiveness in smaller studies that track a few hundred volunteers for weeks.

Peter Marks, FDA’s top vaccine official, signaled Friday that the agency is leaning toward this approach. The agency is “working with industrial partners to put together a playbook for how this will look if we need to switch over to a different sequence,” the director of the Center for Biologics Evaluation and Research said during an American Medical Association event. “We would intend to be pretty nimble with this, as nimble as one can be when you’re dealing with large infrastructure like vaccine manufacturing, so we get these variants covered as quickly as possible.”

Speedy answers from those trials will be critical as the country confronts the spreading coronavirus strains. Each brings its own peculiarities, but the one that emerged in South Africa, B.1.315, has alarmed regulators after leading vaccines prove less effective, but still protective, against it in trials. The variant has already been found in at least two U.S. states. Researchers say that the other strains, which appear more transmissible than the original virus, could also pick up B.1.315’s vaccine resistance.

Adapting the flu strategy is an approach championed by scientists. It’s not practical to run full-fledged late-stage trials for Covid-19 booster shots or revised vaccines, said Paul Offit, a vaccine expert at the University of Pennsylvania who sits on FDA’s vaccine advisory board.

“The flu model is the only thing that makes sense,” Offit said, and not just because the limited trials could be carried out swiftly. “Thirty million people have already gotten vaccines, 20 percent of people are already immune. You would have trouble doing an efficacy trial” enrolling thousands for one strain of the virus.

Instead, health officials would use what is known as a bridging study, which involves applying specific data from related research to broader assumptions about a vaccine’s efficacy or safety. In the case of coronavirus vaccines, scientists could measure antibody levels in someone who has recovered from a strain such as B.1.351 and use those levels to evaluate the potency of potential booster shots, suggested former FDA Commissioner Scott Gottlieb in a recent Wall Street Journal op-ed.

FDA also seems to endorse the move. “We do not believe there will be the need to start at square one with any of these products—we recognize we are in a pandemic and we need to arm health care providers with the most appropriate tools to fight this pandemic on the frontlines. We do not want to create obstacles to getting these tools to the frontlines,” Woodcock said in the statement.

But the challenges hardly end with ensuring that modified vaccines are safe and effective. Manufacturers already struggling to meet worldwide demand for doses of existing vaccines would also need to scale up production and distribution for new versions.

Those complicated distribution plans could be on the horizon, but for now health officials are simply planning for the possibility of swiftly needed boosters. “We haven’t crossed the line yet,” said Offit. “The line is crossed when people who have been fully vaccinated with two doses of one of these [authorized] vaccines are nonetheless hospitalized with one of these variant strains.”

That has not happened. While manufacturers including Moderna and Johnson & Johnson report that their vaccines appear less effective against the strain first found in South Africa, they still provoke a strong enough response to protect most people against serious disease.

Moderna, which worked closely with NIH to develop its original vaccine, is aiming to put a booster shot into human trials next month. The NIH is also working with Gritstone Oncology, a biotechnology company with an experimental technology that could incorporate protection against multiple coronavirus strains into a vaccine.

Until booster or new vaccines are ready, tracking the variants’ movements through precise genetic sequencing of patient samples and diagnostic testing will be vital to staving off a surge in infections from the new strains.

FDA diagnostics director Tim Stenzel has urged diagnostic manufacturers to consider how variants may affect the performance of their Covid-19 tests and said the agency would be happy to talk to developers who want to make updates. The regulator previously said FDA would work with CDC to evaluate how well rapid antigen tests that are already on the market detect emerging variants, but it is not clear how quickly the effort is progressing.