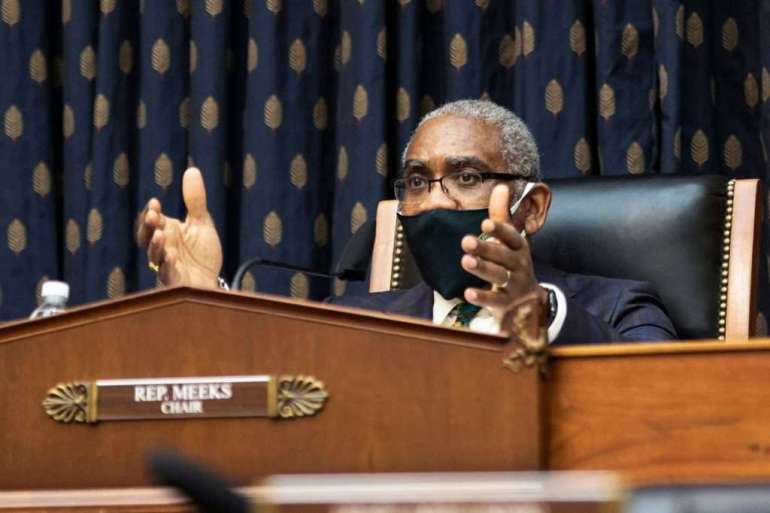 “There are continuing threats from Iranian-backed militants. There are threats from ISIS and al Qaeda. That said, the 2002 AUMF doesn’t help us deal with any of these threats,” Meeks said. “Our forces would stay under Iraq under the 2001 AUMF, and the president can always defend America and our forces under Article II [of the U.S. Constitution].”

Democratic leaders in both the House and Senate have already committed to moving legislation to replace the 2001 authorization with one that is better aligned with the threats in the region, after presidents from both parties have used it to expand U.S. military activity not specifically authorized by Congress. In the meantime, with the support of a significant cohort of Republicans, Democrats are moving forward with a clean repeal of the 2002 authorization, which passed during George W. Bush’s presidency.

Biden invoked his Article II powers last month when he ordered retaliatory airstrikes against Iran-backed militant groups in Syria that were responsible for attacks on U.S. interests and citizens in the region. But progressives criticized Biden’s decision, noting that Congress hadn’t authorized the strikes and arguing that they were likely to further inflame tensions with Iran.

In response, the White House said Biden supports getting rid of the outdated AUMFs and working with Congress on replacement measures, though talks are in the very early stages.

The Republicans who opposed repealing the 2002 authorization said that like with the 2001 measure, it should be replaced because Iraq is still home to terror groups that threaten the U.S.

“I think we have the same goal in mind, we just have a different way of getting there,” Rep. Michael McCaul of Texas, the committee’s top Republican, said of the effort to scrap the 2002 authorization.

McCaul called for consultations with executive branch officials and the Iraqi government first in order to craft a replacement.

“Real AUMF reform requires Congress and the administration working together on actual text to replace the aging 2001 and 2002 AUMFs to provide authorities needed to keep the American people, and, most importantly, our deployed troops, safe from terrorists,” McCaul said.

The House has already passed measures to repeal both the 2001 and 2002 authorizations as part of annual defense and spending bills, but those provisions were eventually removed due to opposition from the Senate and the Trump administration.

The 2002 authorization has not been used to justify significant military operations in Iraq, with the exception of former President Donald Trump’s invocation of the AUMF last year after he ordered a strike that killed Iranian military commander Qassem Soleimani.