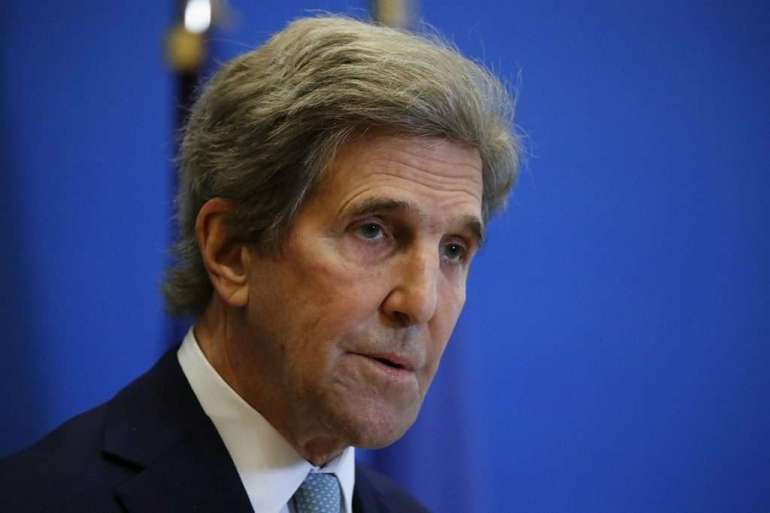 Context: The statement by special climate envoy John Kerry and his Chinese counterpart, Xie Zhenhua, comes after Kerry made a last-minute trip to Asia ahead of President Joe Biden’s two-day climate summit that begins on Thursday. While the statement did not include any specific new policy actions, it appeared to calm nerves among activists who have been worried that global efforts to address climate change would suffer because of the frosty relations between the two countries that are top greenhouse gas emitters.

“Many details remain to be filled in, but this is a positive statement given the tense relationship. The pledge to pursue ‘enhanced climate actions that raise ambition in the 2020s’ and to put forward net zero plans by Glasgow are both useful steps forward,” tweeted Alden Meyer, a senior associate at think tank E3G.

The details: China also said it would ratify the Kigali Amendment to the Montreal Protocol to limit hydrofluorocarbons, a measure that experts say would curb emissions of the refrigerant that could warm the planet by 0.5 C by the end of the century. Biden has instructed the State Department to prepare ratification of that measure for Senate approval.

The nations also agreed to “maximize international investment and finance” for a transition to cleaner energy in developing countries and to discuss “concrete actions” to curb emissions this decade, such as by increasing renewable energy deployment.

Background: Both nations are credited with driving global momentum for the 2015 Paris Agreement when they announced a bilateral emissions deal ahead of those talks. Kerry and Xie alluded to their work during the run-up to the agreement in the new statement, with an eye toward pushing other countries at the November Glasgow climate talks to increase the ambition of goals they laid out years ago as part of the Paris pact.

International Energy Agency Executive Director Fatih Birol said in a tweet that he welcomed the new statement from the two countries. “This provides valuable momentum ahead of the #LeadersClimateSummit on April 22-23. @IEA analysis shows much greater international collaboration is vital to reach net zero goals.”

China promised last year it would seek to reach carbon neutrality by 2060, though it has offered few details about how it would meet that goal, while Biden campaigned on reaching that mark in the U.S. by 2050. The White House has said it will outline its Paris pledge for its 2030 goal, known as a nationally determined contribution, around the time of the summit. Many familiar with the administration’s thinking believe the plan will call for an emissions reduction within the range of 50 percent below 2005 levels by the start of the next decade.

“The US & China statement sets a clear tone. Climate change is a crisis. Their joint statement should bring momentum to the global climate process and other countries. The pair needs to bring out more ambitious plans ahead of the Earth Day summit,” Greenpeace International Executive Director Jennifer Morgan said in a tweet.