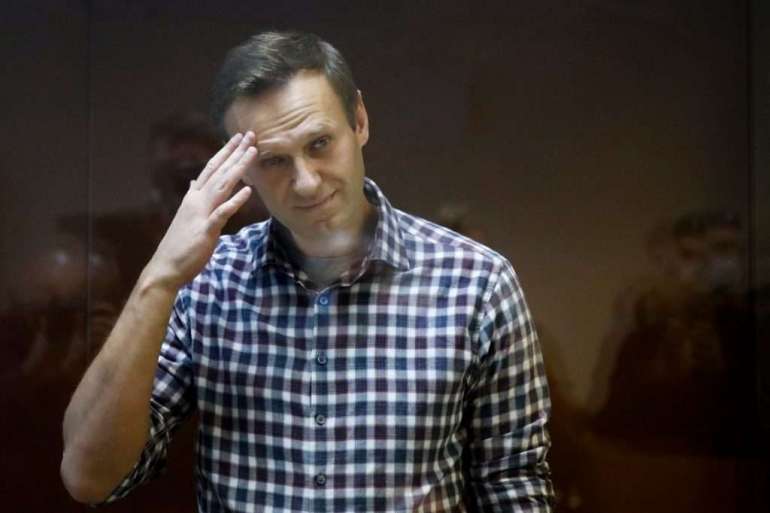 “Thanks to the huge support of good people across the country and around the world, we have made huge progress,” Navalny said in his message. “Two months ago, my requests for medical help were prompting smirks. I wasn’t given any medications….Thanks to you, now I have been examined by a concilium of civilian doctors twice.”

Navalny said he would start “coming out of the hunger strike” on Friday and the process of ending it will take 24 days.

The 44-year-old politician, who was arrested earlier this year and is serving a 2 ½-year sentence, began the hunger strike on March 31 to protest prison authorities’ refusal to let his doctors visit after he developed severe back pain and numbness in his legs.

Officials insisted Navalny was getting all the medical help he needs, but Navalny said he received effectively no treatment.

On Wednesday night, another round of mass protests demanding his freedom swept across Russia. A top aide said Wednesday night’s protests seemed to have brought a compromise from Russian authorities on getting Navalny the medical help he had demanded when launching the hunger strike.

Navalny, who is President Vladimir Putin’s most well-known critic, was arrested in January upon his return from Germany, where he had spent five months recovering from a nerve agent poisoning he blames on the Kremlin — accusations that Russian officials reject.