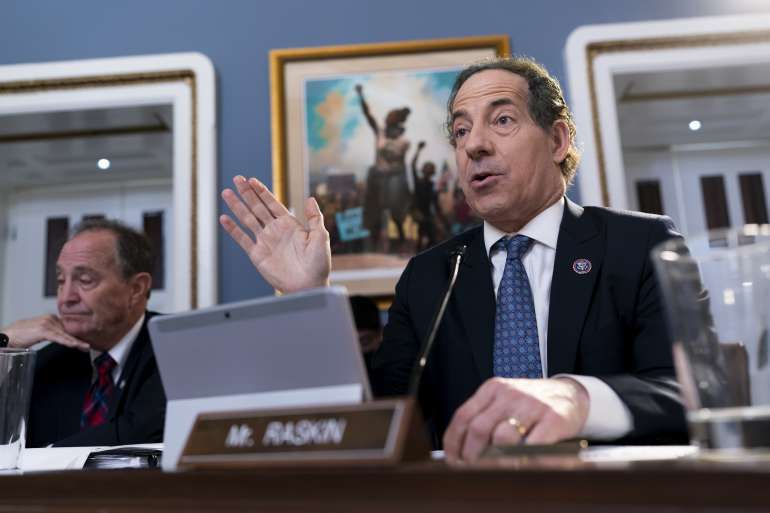 “It was a danger on January 6th,” said Raskin, who served on the House select committee that investigated the Jan. 6 Capitol riots, “There are so many curving by-ways and nooks and crannies in the Electoral College that there are opportunities for a lot of strategic mischief.”

The Electoral College was created by the Founding Fathers in the U.S. Constitution; the Electoral Count Act of 1887 has guided practical aspects of how it functions for well over a century.

Changes to the Electoral Count Act were included in the omnibus spending bill that the House and Senate passed last week. Those changes are designed to block some of what then-President Donald Trump and his allies tried to do in an attempt to overturn the results of the 2020 presidential election.

Raskin said he backed those reforms, but that they didn’t go far enough.

“I’m for that. That’s the very least we can do and we must do,” he said. “It’s necessary, but it’s not remotely sufficient.”

Trump in 2016 was the most recent candidate to win the presidency despite losing the popular vote; he defeated Democratic candidate Hillary Clinton despite losing by almost 3 million votes. Others to do so were George W. Bush in 2000, Benjamin Harrison in 1888, Rutherford B. Hayes in 1876, and John Quincy Adams in 1824.

Raskin said the Electoral College is one aspect of the American system that has little appeal internationally.

“We spend hundreds of millions of dollars every year exporting American democracy to other countries,” he said to host Margaret Brennan, “and the one thing they never come back to us with is the idea that, oh, that Electoral College thing you have that’s so great. We think we’ll adopt that, too.”